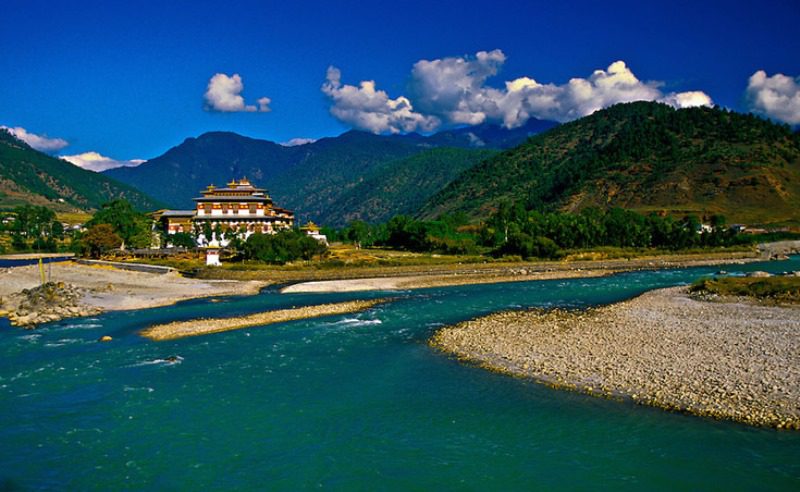 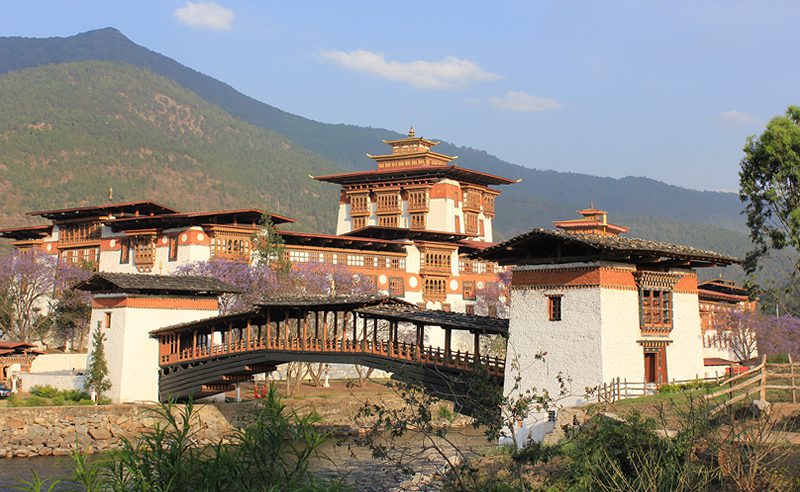 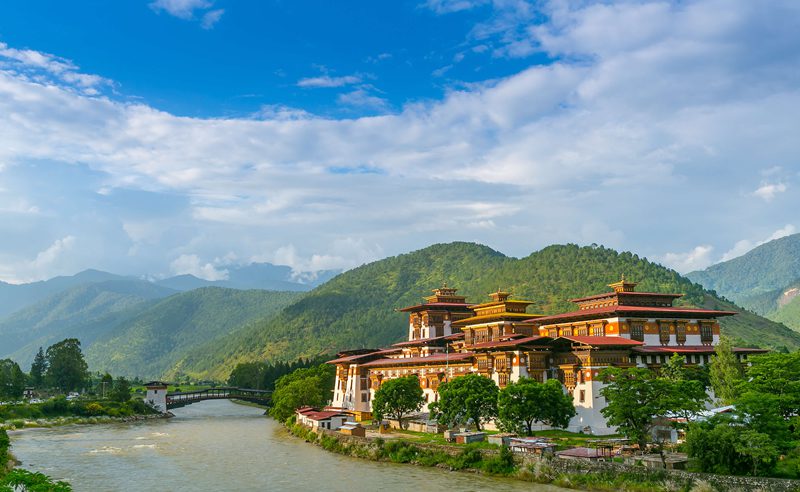 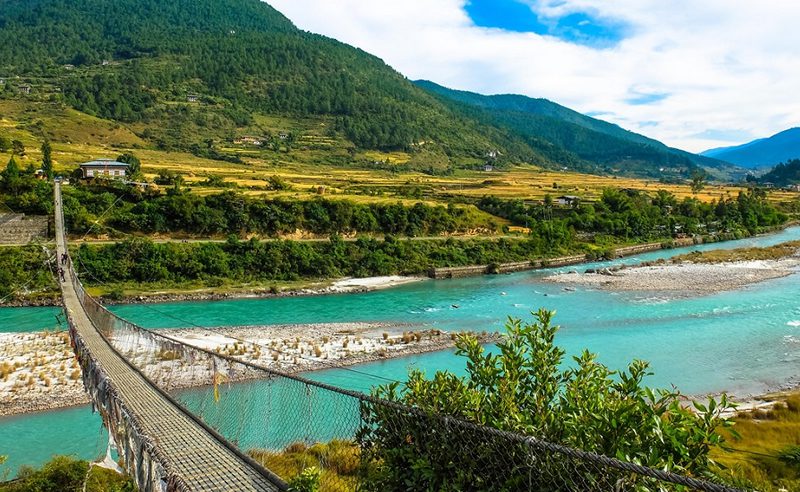 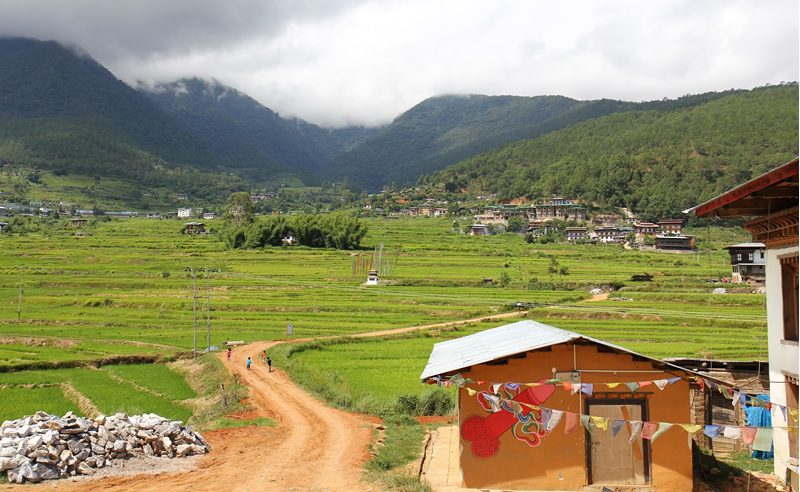 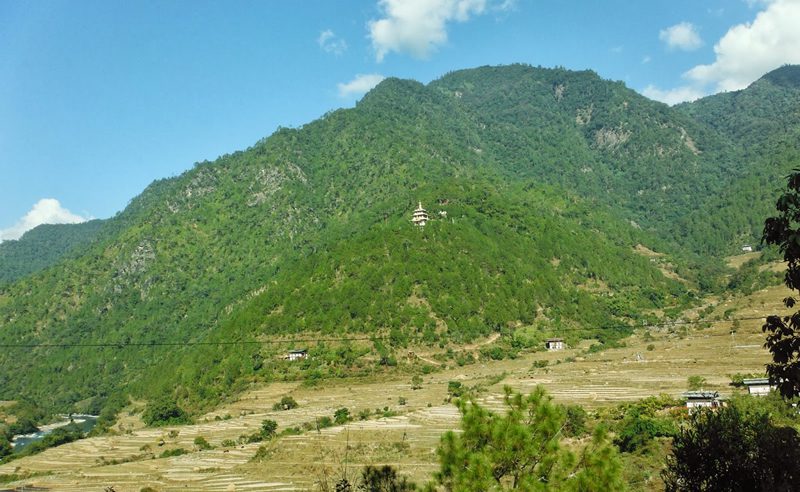 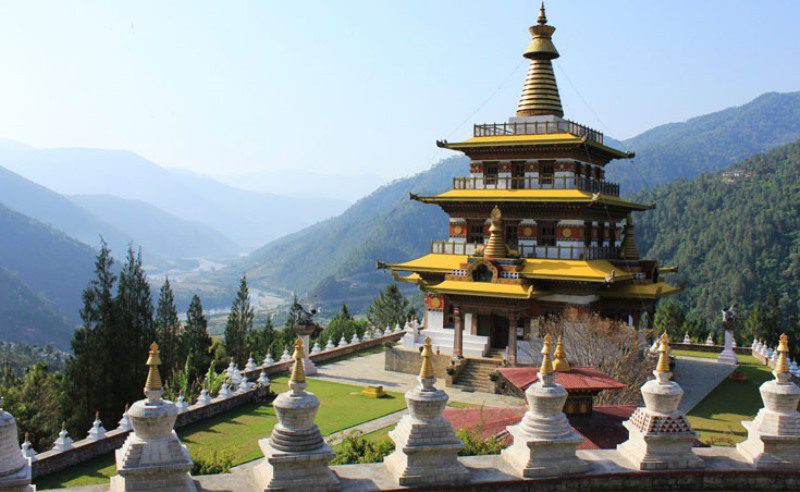 Trip Description:
Punakha was the capital of Bhutan since the ancient times until it was replaced by Thimphu as the Bhutanese Capital in 1961. The Punakha Dzong continues to remain as the winter residence of the Central Monk Body. The Dzong is typically a complex of courtyards and temples which are now mostly used as government buildings. It has a strategically important Dzong for Bhutan – hence it is frequently visited by the King and Royal family members. The Punakha town is located at the confluences of two rivers: Pho chhu and Mo chhu. The river Pho is believed to be the male while the River Mo being the female. The town is a small one a stretch of slightly more than a kilometer covers the entire town. The regions of Thimphu, Gasa, and Wangdue Phodrang Dzongkhag border the Punakha District.

The Punakha Valley is a low lying but fertile valley of Bhutan at an altitude of about 1350 meters. It’s one of the most scenic valleys in Bhutan. The Punakha Dzong is the capital of the Punakha district. The place is also important as the burial site of the founder Monarch Shabdrung Ngawang Namgyal.

There are five primary schools, one lower secondary schools and one middle secondary school with the total of over 4000 students inside the Punakha Dzongkhag. Access to piped drinking water supply and electricity remains at 60 % and 30% respectively. The hospital at Punakha provides basic healthcare services.

Among the attraction in Punakha Valley are the treks to historic the Chimi Lhakhang built late in the 15th century and the ritual worship of auspicious phalluses, and the Khamsum Yuelley Namgyal Chorten which dominates the upper Punakha Valley and with superb views towards the mountainous peaks of Gasa. Punakha Tshechu is a special religious and historical festival celebrated during the spring time every year which is famous for its colorful events. Entry to the Punakha Dzonkha is only allowed with proper permits and in the accompaniment of licensed tour guides.